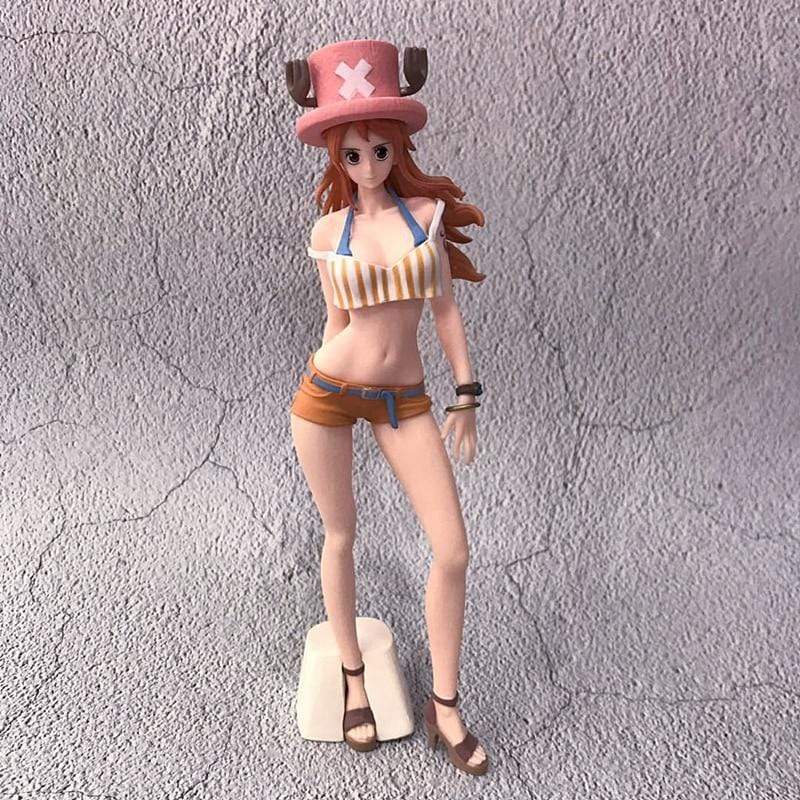 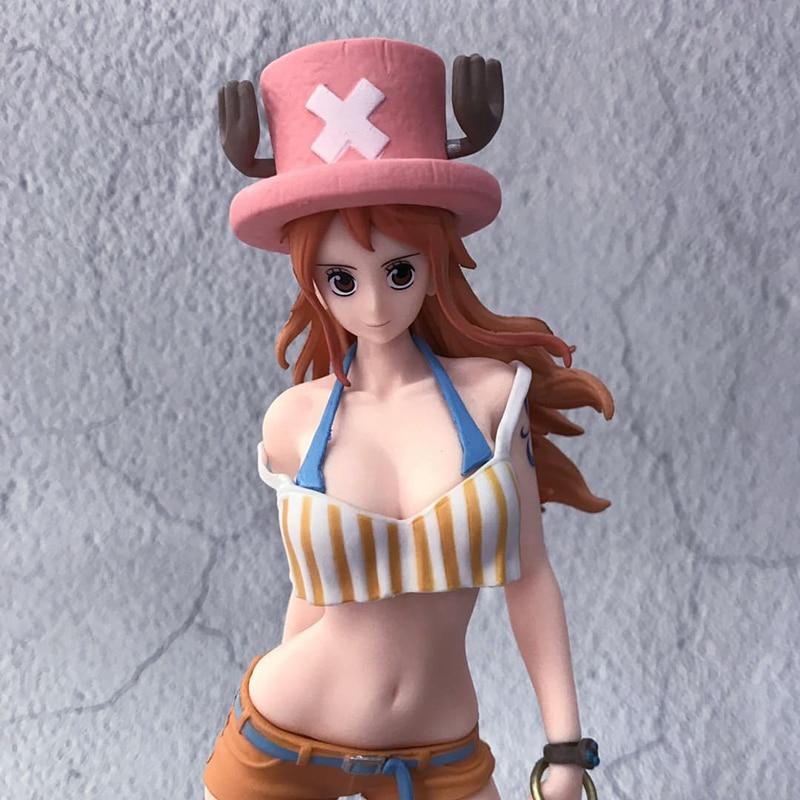 Young pirate, the time has come for you to get this One Piece Nami Chopper Hat Action Figure.

As a reminder, Nami is the navigator of The Straw Hat Crew. She is the second person to join the crew after Zoro. Her dream is to draw a complete map of the world. Her current bounty is 66,000,000 Berry. As for Chopper, aka Tony Tony Chopper; he is the doctor of the Straw Hat Crew. Chopper is a reindeer who ate the Hito Hito no Mi, allowing him to transform into a human.

He is originally from Drum Island, making him the first member of the Straw Hat Crew to be born on The Road to All Perils. He is the sixth member of the crew and the fifth to join the crew. By the way, if you want to expand your action figure collection, the Nami figure in golden dress is right at your fingertips.

So, won over by the Nami figure with Tony Tony Chopper hat? If so, don’t hesitate any longer and come aboard the Thousand Sunny, Luffy’s crew is waiting for you.

Fan of the first hour or fine collector, these mythical objects are necessarily made for you. Don’t hesitate anymore and come expand your One Piece universe. These objects are also excellent gift ideas. So please yourself or make yourself happy. One thing is for sure, the era of piracy is not over!”