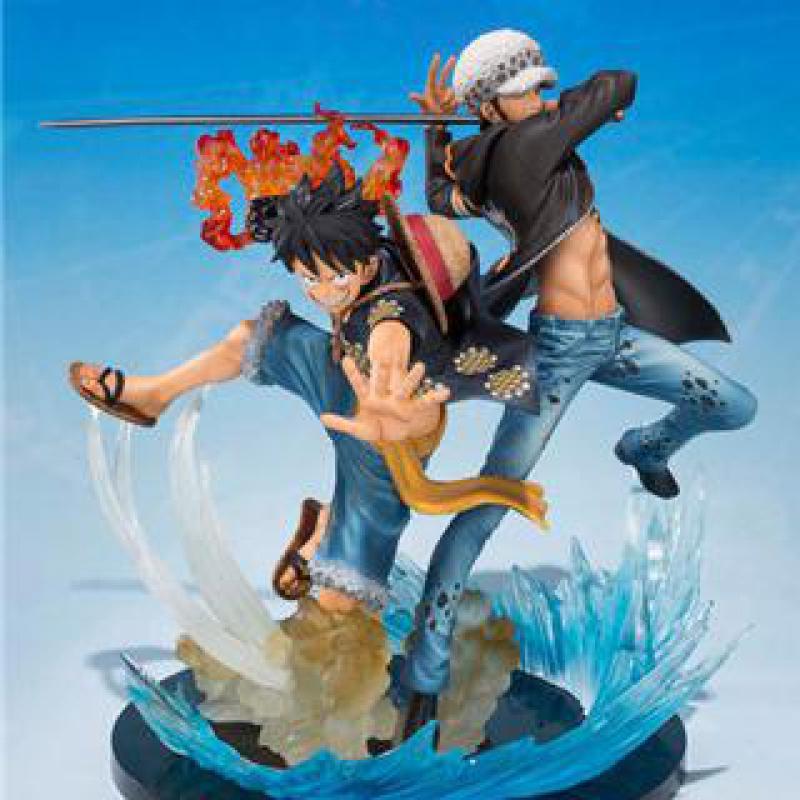 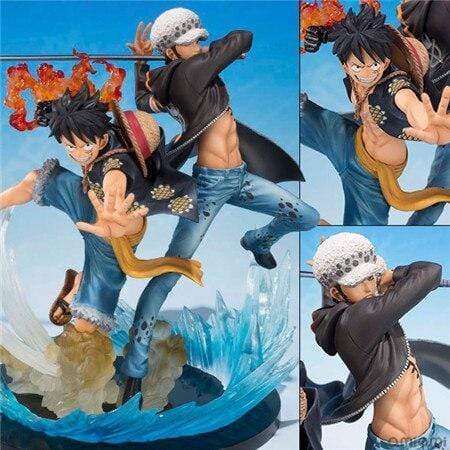 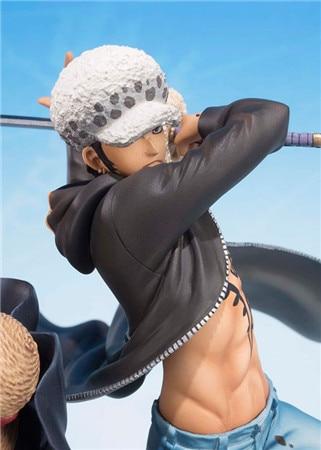 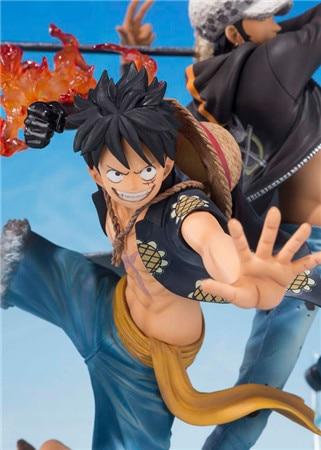 Young pirate, the time has come for you to get this One Piece Monkey D Luffy and Trafalgar D Water Law Action Figure.

To set the context, here’s what you need to know about Monkey D Luffy and Trafalgar D Water Law; In Chapter 667, Law comes to Luffy’s aid to defeat the Yeti Cool Brothers; he offers to become his ally, as he states he has a plan to take down one of the 4 Emperors in the New World. The Yeti Cool Brothers being two assassins hired by Caesar Clown.

They are incidentally nicknamed “The Snowy Mountain Killers.” They are part of a certain race of Giants. Coming back to the two protagonists, know that in chapter 668, Luffy accepts Law’s alliance much to the chagrin of his crew. Law agrees to help Luffy find a medicine to cure the children who were held prisoner by Caesar Clown, but in exchange, he asks them to capture him. By the way, if you’re particularly fond of Law, the SHIPPING FREE