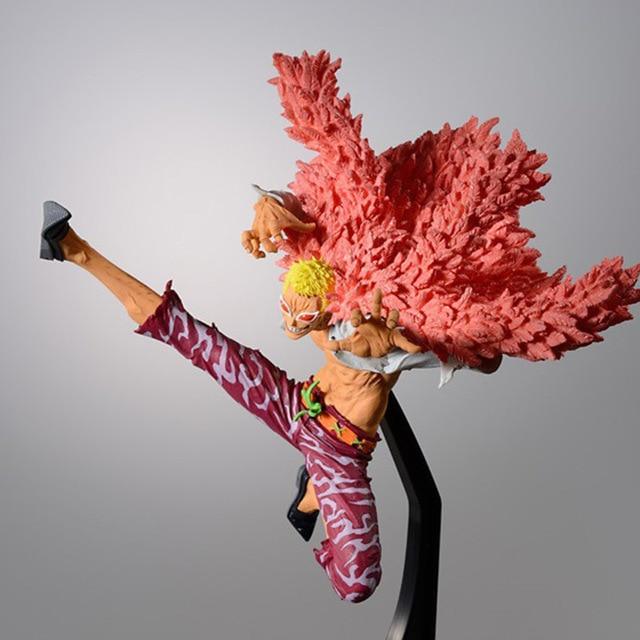 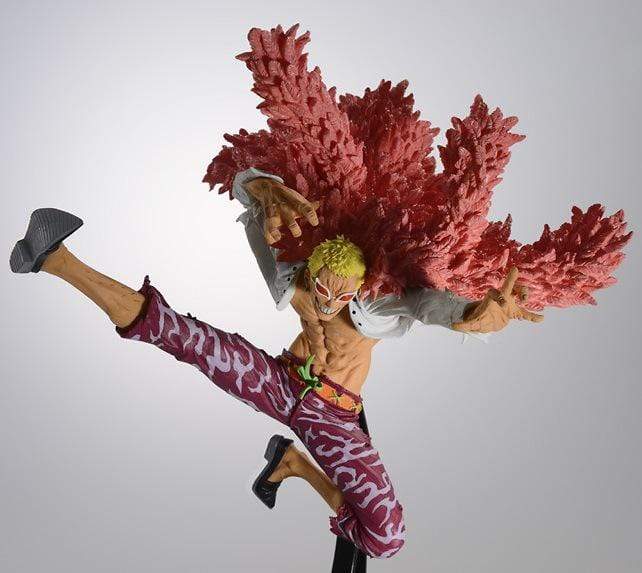 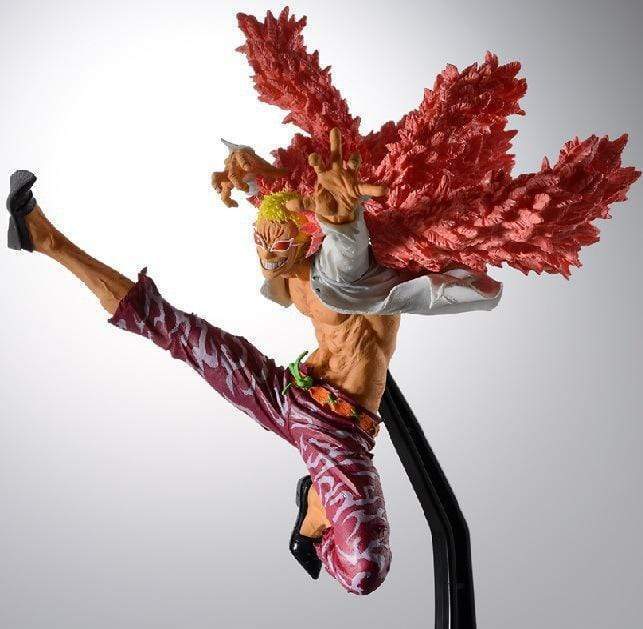 Young pirate, the time has come for you to get this One Piece Doflamingo the Fallen Shishibukai Action Figure.

Here’s what you need to know; The 7 Great Corsairs or 7 Captain Corsairs (in Japanese Shichibukai) were a group of seven powerful and famous pirates, leading a crew or not, who made an agreement with the World Government. Regarding Doflamingo; he is the descendant of the Don Quixote Family, one of the 20 royal lines that created the World Government and left his country Dressrosa without a king, to sit in Mary Geoise, along with the other 19 royal families.

As the descendants of these twenty families are the Celestial Dragons, he is also one. For some unknown reason, his father decided to leave Marie-Joie with his family. They began a miserable existence. It is following these events, that he decided to start a new life, as a pirate. Finally, he was present at the execution of the King of the Pirates, Gol D. Roger. By the way, the SHIPPING FREE