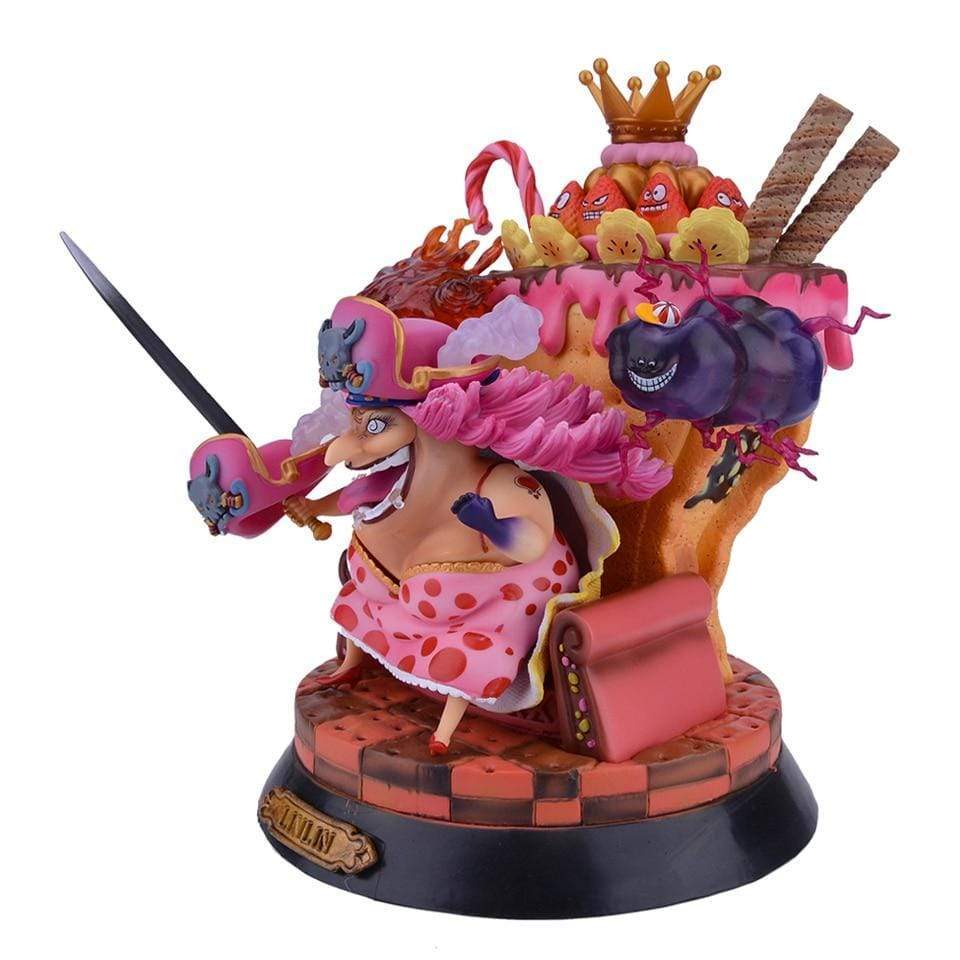 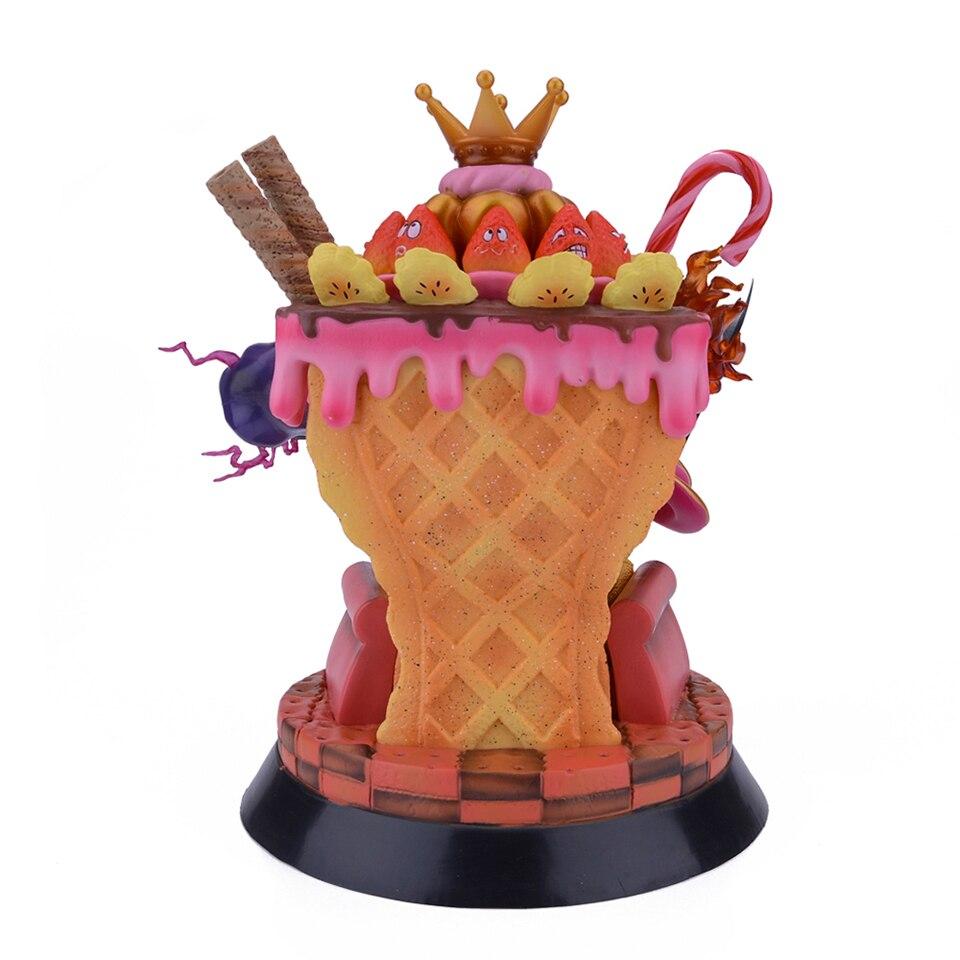 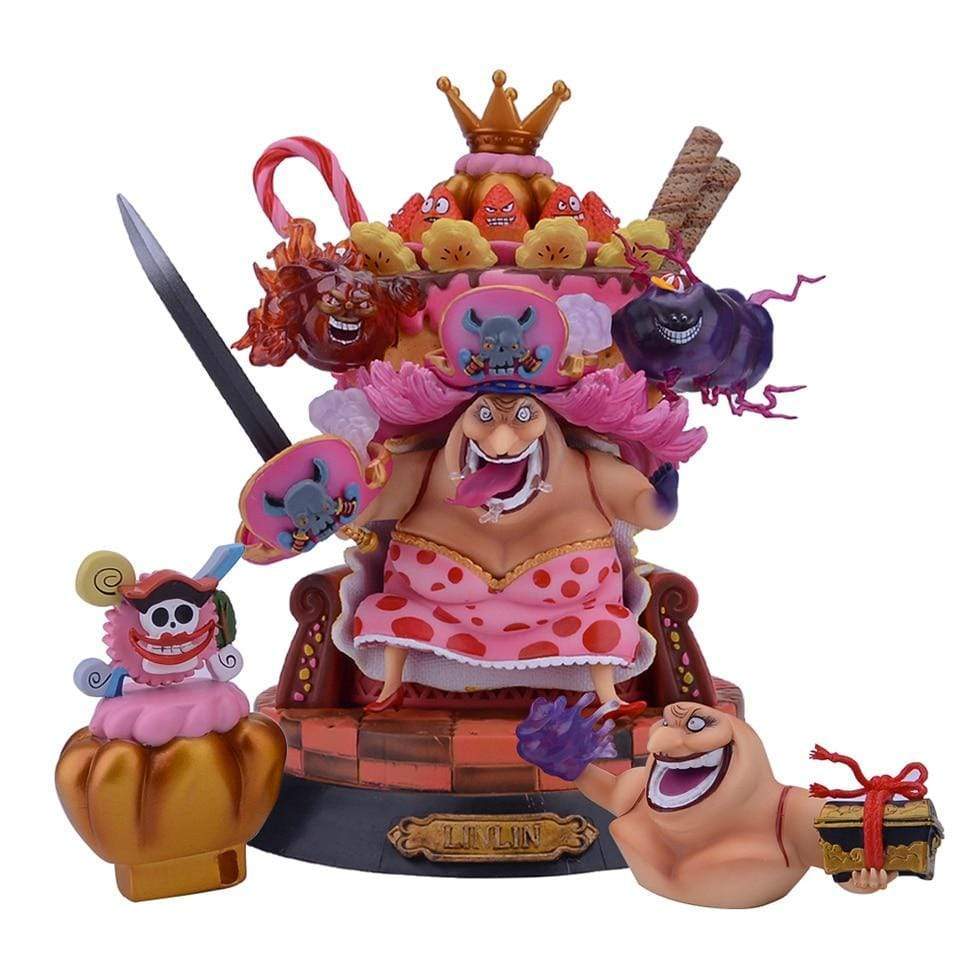 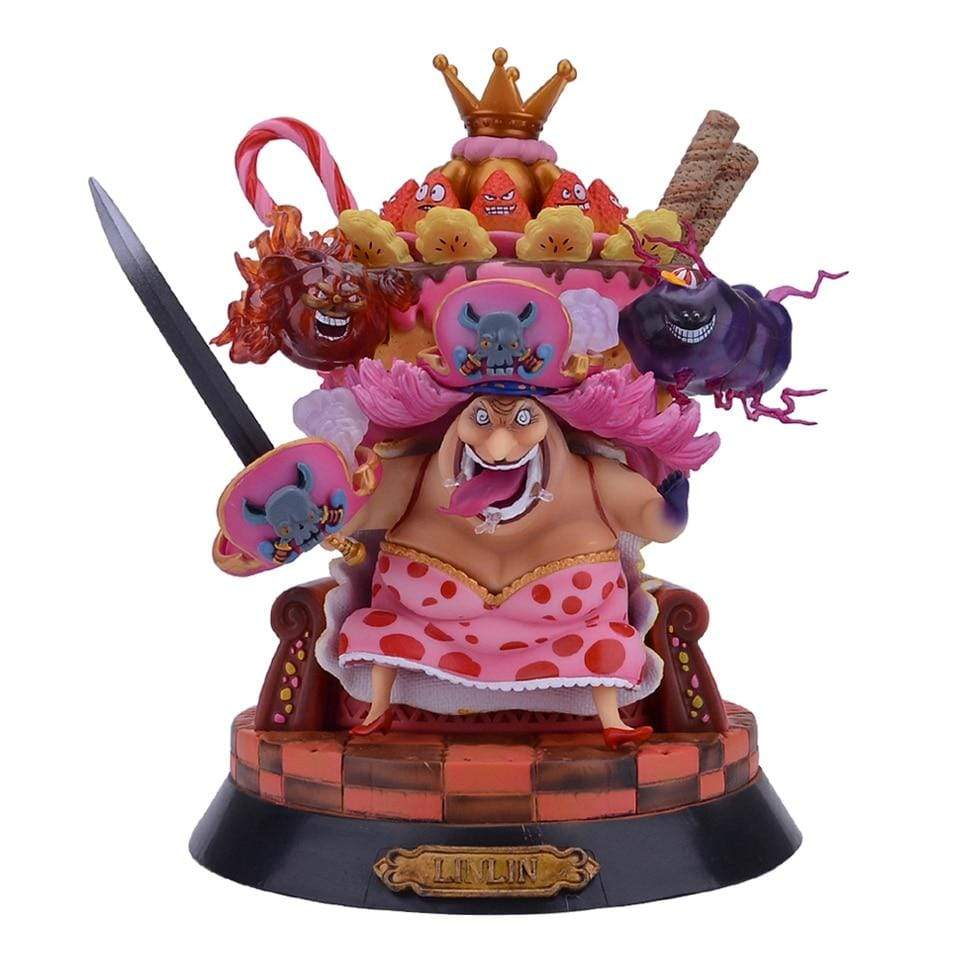 Young pirate, the time has come for you to get this One Piece Big Mom on Her Throne Figure.

You are not unaware that The Big Mom Crew is an infamous and powerful pirate crew led by Emperor Charlotte Linlin, better known as “Big Mom.” The crew rules the powerful nation of Totto Land, with their captain ruling as queen and their base of operations located on the island of Tougato. This is the main antagonistic group of the Tougato Arc and one of the main antagonistic groups in the Four Emperors Saga.

A little trivia about recruitment into this crew; In order to sail under the name of Big Mom, new recruits must become blood related to the crew; this means they must marry a son or daughter of the Charlotte Family, which becomes a political marriage. So far, it has not been stated whether all new members must marry a member of the family, or whether marrying a crew member who is not part of said family is sufficient. By the way, the figurine of Charlotte Katakuri is right at your fingertips.

So, conquered by the figurine of Big Mom on her throne? If so, you know what you have to do to join Big Mom’s crew.

Young pirate, get these mythical items now. Perfect for gifting, decorating or even collecting, these items will expand your One Piece universe. So what are you waiting for? Seize this opportunity that is offered to you to live adventures more exciting than the other.

Information on Big Mom Figurine on her Throne