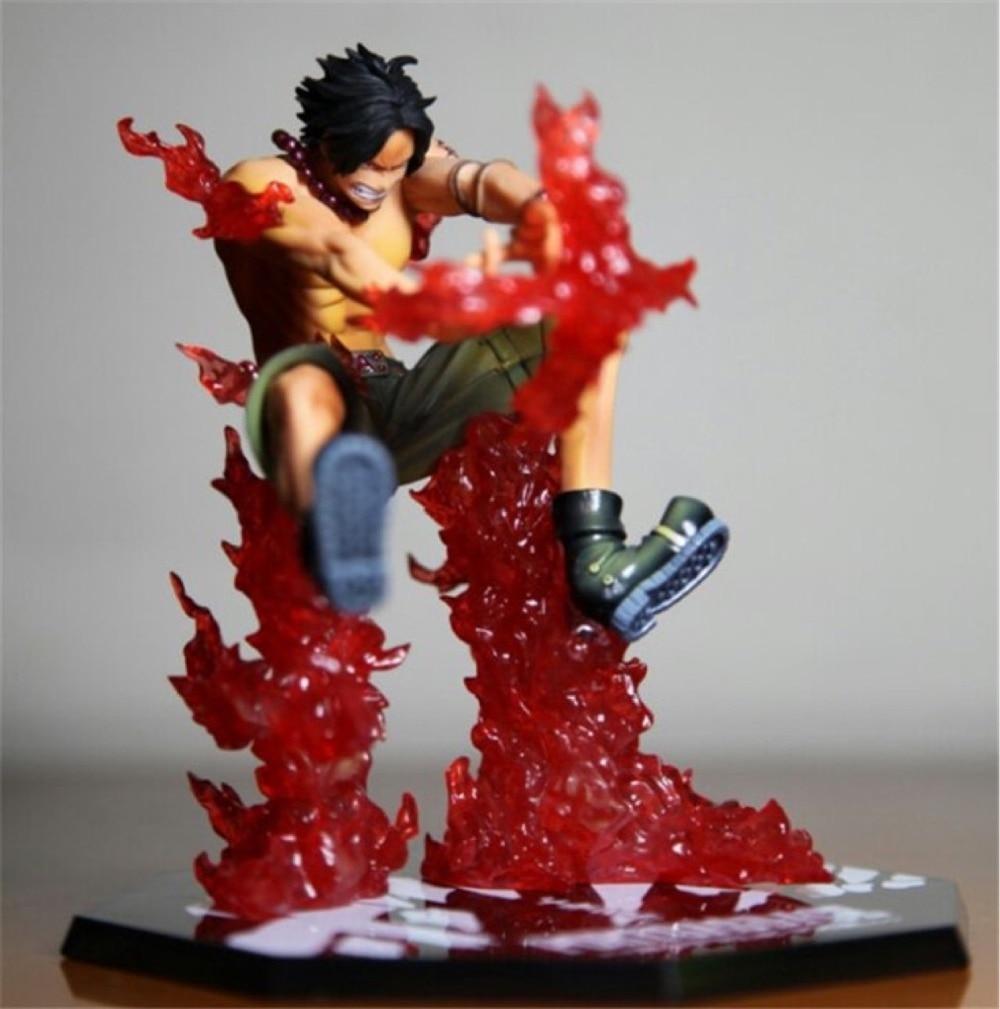 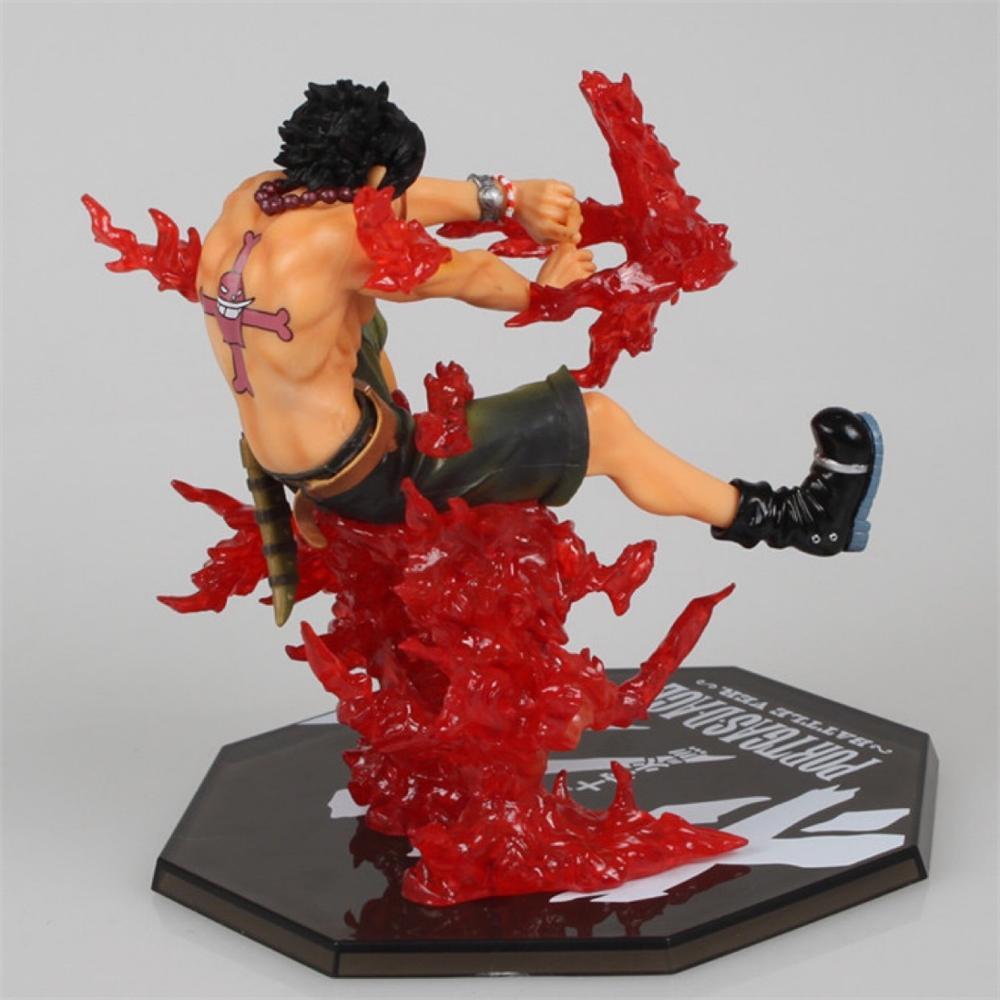 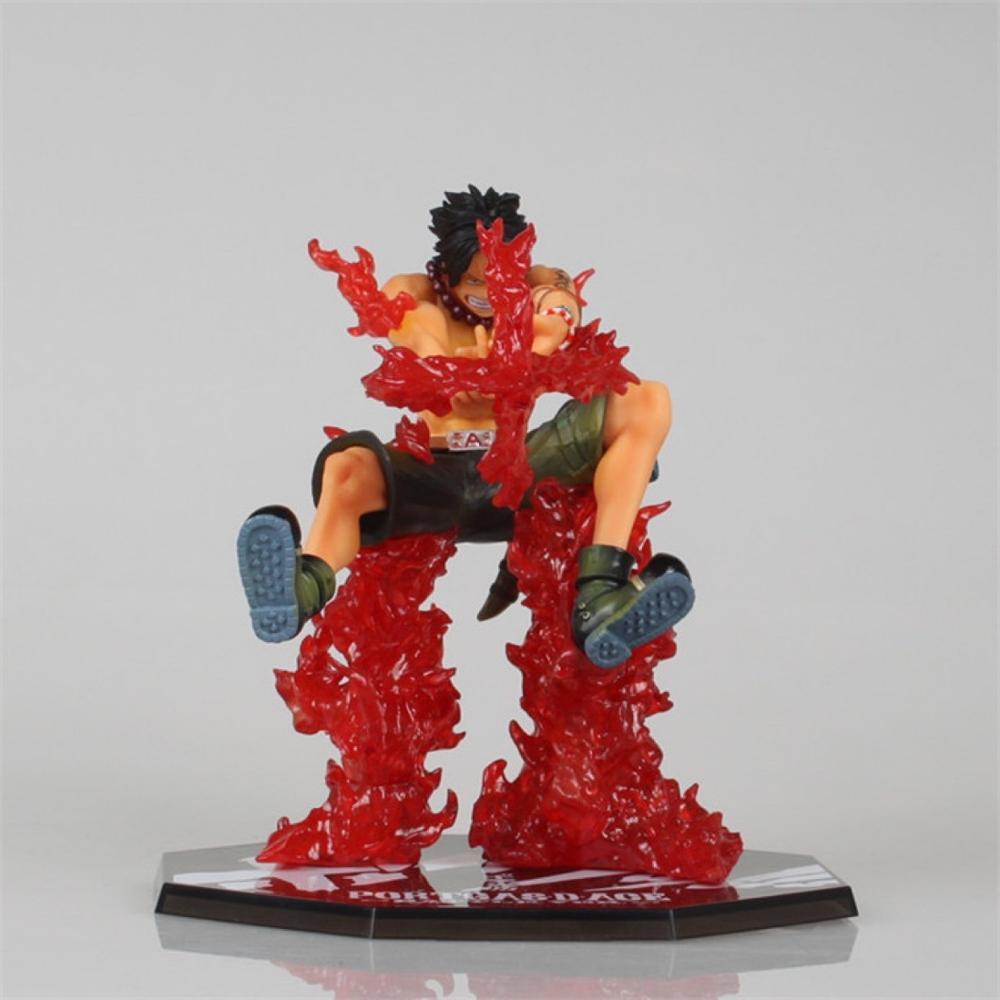 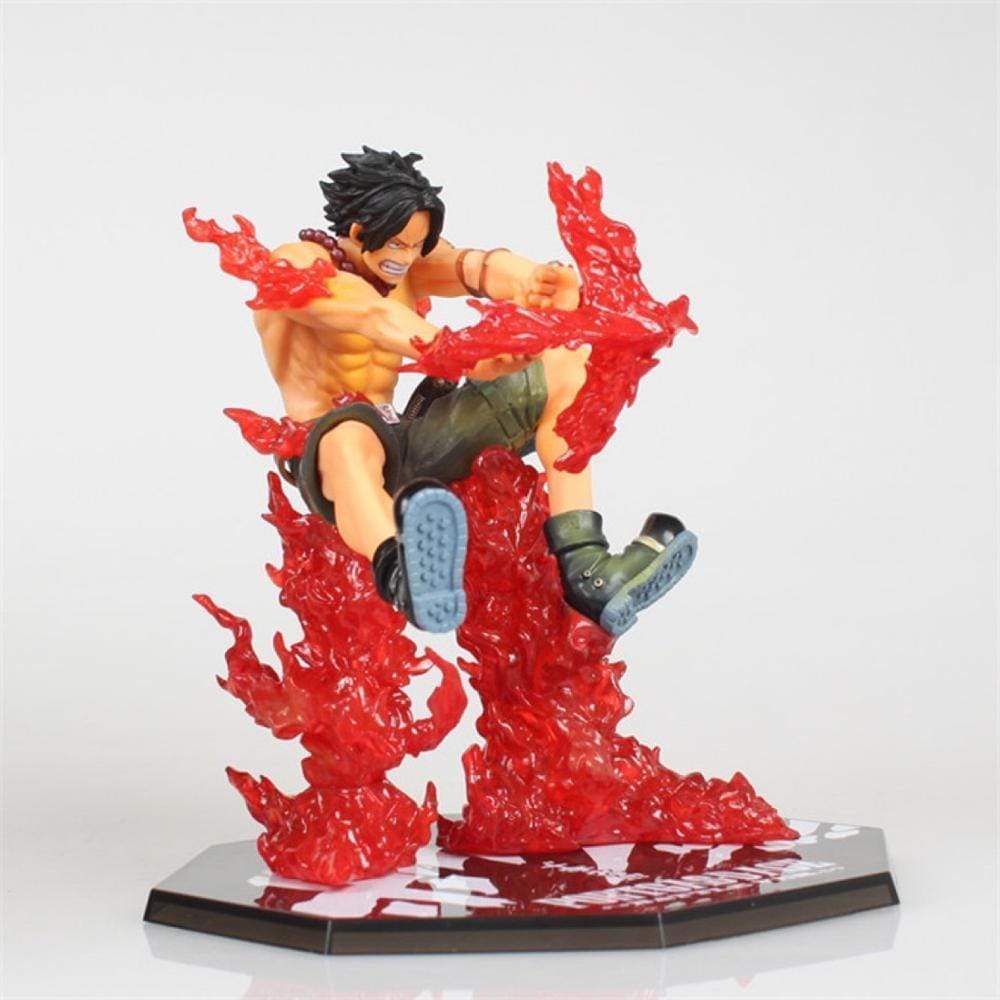 Young pirate, the time has come for you to get this One Piece Ace Flame Figure.

As a reminder, The Mera Mera no Mi, is a Logia-type Demon Fruit that allows its user to create, control and transform into fire at will, changing the user into a Fireman. This fruit was eaten by Portgas D. Ace and then, upon his death, by Sabo. By the way, if you want to expand your collection of figurines, the figurine Sabo in action thanks to his Mera Mera no Mi is right at your fingertips.

To get back to Ace, you are not unaware that he is also known as “Ace with Fiery Fists”. He is also the spiritual brother of Monkey D. Luffy and Sabo. He is the only son of the late King of the Pirates Gol D. Roger and his wife Portgas D. Rouge. He was adopted by Monkey D. Garp at his birth under the request of Gol D. Roger, then raised by the Dadan family just like Luffy. Finally, Ace passed away following a fight with Akainu, who threw a fist at him with Weapon Haki.

So, won over by the flaming Ace figure? If so, don’t hesitate and jump at the chance to be part of this spiritual sibling.

Whether you’re an early fan or a fine collector, you need look no further, these mythical items will expand your One Piece universe. Young pirate take your destiny in your hands and board the Thousand Sunny. The crew is waiting for you! On your way to the treasure of the One Piece.